I was asked to design this jacket inspired by Hal's costume from the Green Lantern movie.
This idea seemed totally daunting to me at first, mostly because the costume doesn't really exist! Oh CGI movies! How is an actor supposed to play a superhero without the costume?? 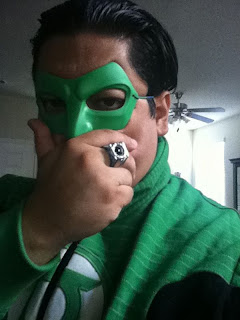 Ryan Reynolds has nothing on you! 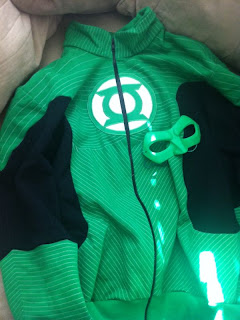 With some thought I came up with this jacket that I (and the wearer- who looks awesome!) enjoyed. As you can see there is a lot of detailed stitching on the jacket, which is stitched with glow in the dark thread for maximum awesomeness. 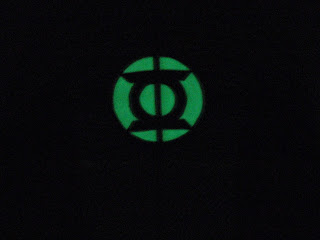 The symbol also got the glow treatment as well. 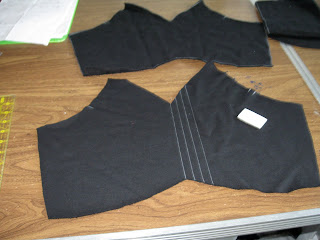 After I cut all of my pattern pieces I used my handy chalk to draw on all of my stitching lines. 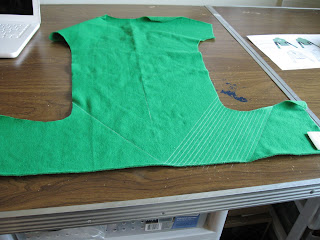 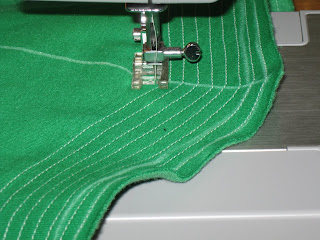 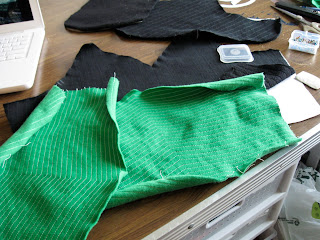 The green portion of the sleeve completely stitched with awesome glow in the dark thread. 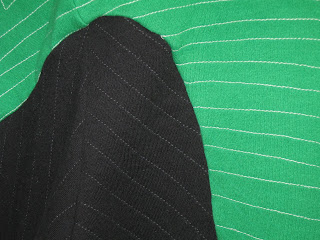 I stitched with grey thread on the black parts of the jacket. 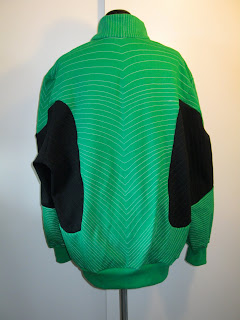 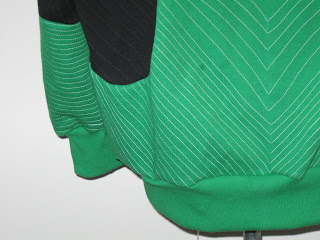 Closer look at the stitching. I love the end result, but it took so much time! 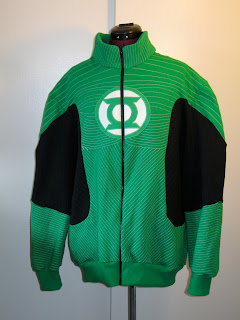 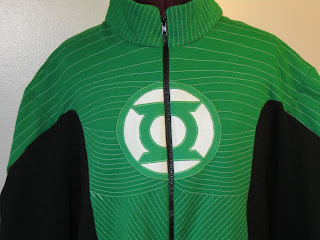