Happy New Year!
I gave the blog a little retooling and decided to re-cap on one of the most fun and crazy events of the year- adventures in being an extra while wearing my costumes! 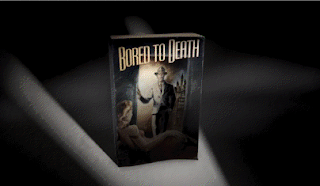 The HBO show, Bored to Death, check it out. We were in the finale of season two. 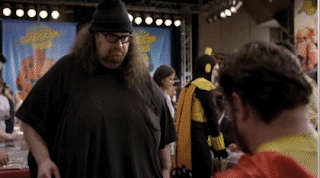 Behold the monarch! There's more, and even a glimpse of Batgirl after the jump.
Alright, time to play find the Monarch- not to mention the other characters. 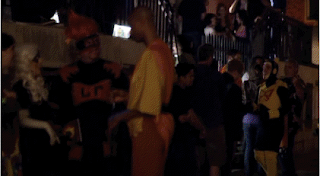 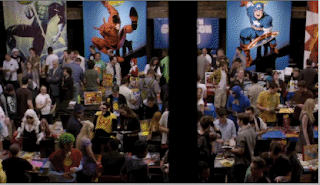 The fake con all set up.  This was a lot of fun, there was a "cafe" that overlooked the con space. I got to stand there and act for awhile and watch the action. 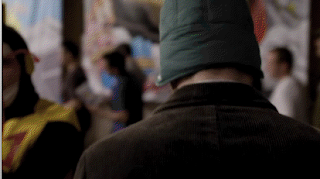 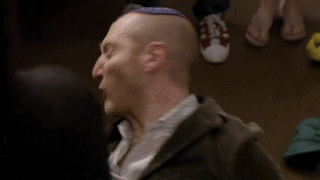 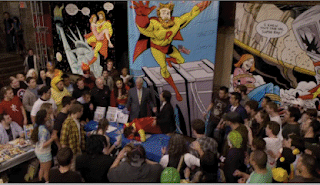 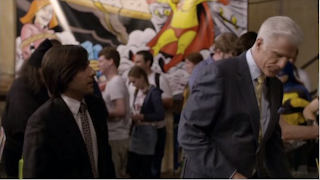 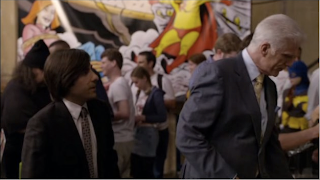 Batgirl right under Ted Danson's nose- how'd you not see me Teddy? Hello!
Those two days of standing around in spike heels, and if you weren't watching the show in slow motion, you would miss me!
It's also funny that I was on set in the costume that disguises me the most, I am covered from head to toe, except nose to chin!
Sure, I'm a bit disappointed that I was not in the show more- but the monarch was in it plenty. Either way, it was a fun thing to do AND costumes I made got on premium TV.
Happy 2011!
Posted by anigswes at 4:20 PM