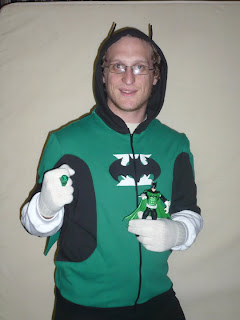 Crossover fever continues for another week! (last one) 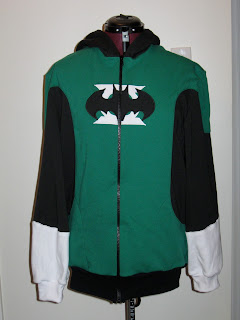 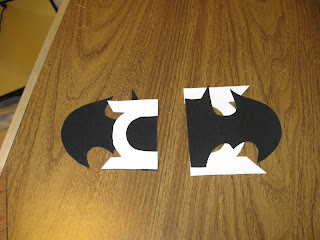 Making the double symbols is kind of tricky. Here, I was trying to figure out how the symbols would look best. I opted to put Batman symbol on top because I thought it looked better and allowed both to be recognized. 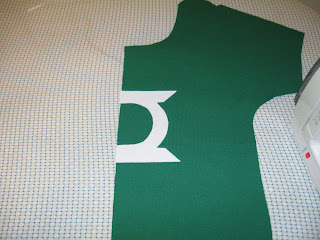 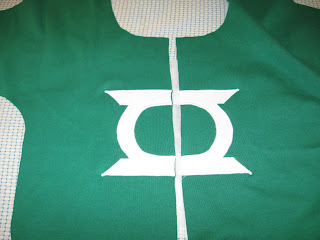 Both sides of the lantern symbols finished. 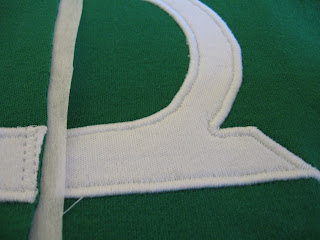 Close up of the stitching. 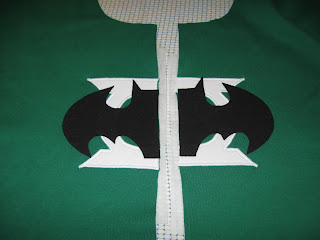 Bat symbol placed over the lantern symbol.
After this, the green accents were stitched to the black base jacket. The jacket assembly was done as usual, with the tricky part of stitching the zipper and matching up the symbols. 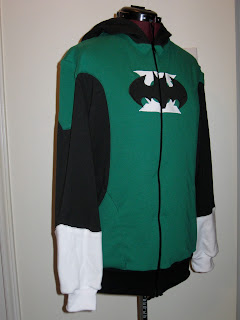 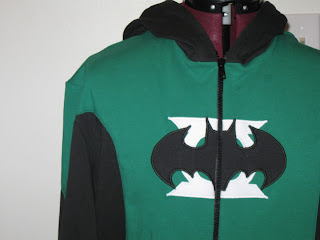 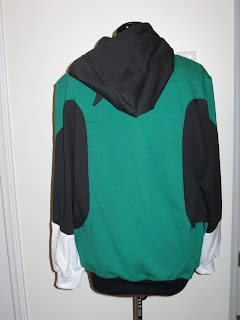 Back of jacket without cape. 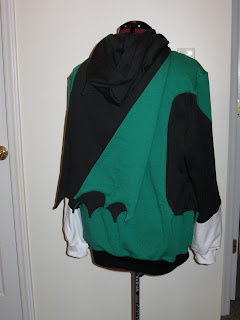 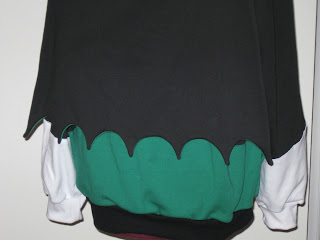 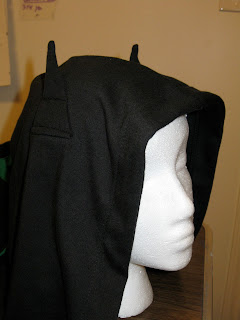 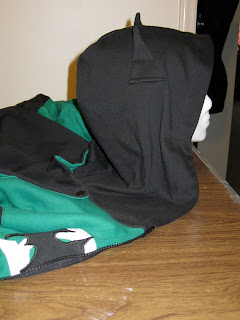 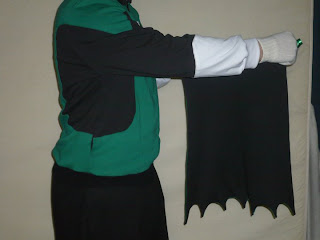 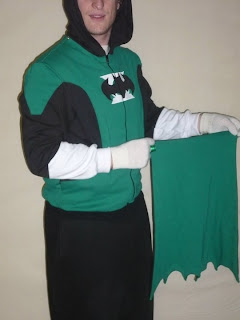 The lining of the mini-cape is green. 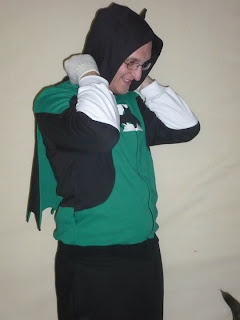 The cape attaches with snaps. 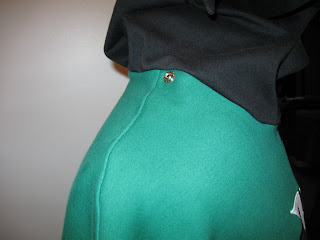 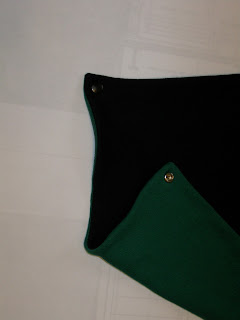 Snaps on cape edges.
Posted by anigswes at 8:47 PM