I am on my way to sewing my through all the green lantern corps and all other colored affiliates!
But seriously, I was commissioned to make this in time for San Diego Comic Con. Sigh, I was unable to attend this year in my jam-packed summer- but at least some of my work made it there. 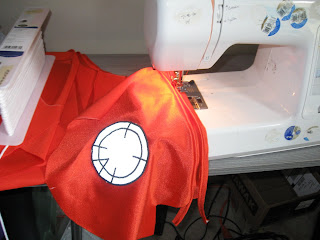 First I made the symbols for the sleeves. They are made on reflective vinyl which Aaron had one of his friends send to me. I machine embroidered the black lines onto the symbol. I then prepared the the sleeves by sewing the piping (I heart piping!) into place. 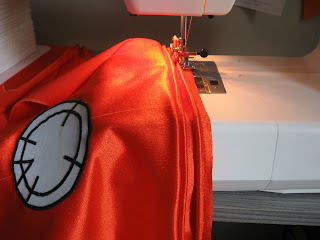 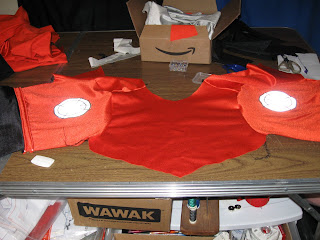 After the piping was put on, I stitched the black part of the sleeve into place. 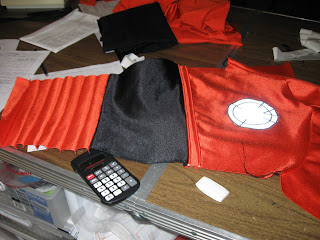 Since the lower part of the sleeves had a "banded" appearance, which I accomplished by stitching about eight, 1 inch strips of orange together. 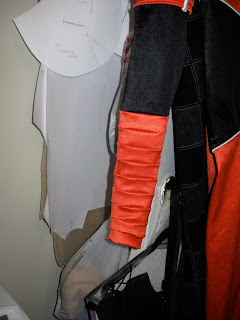 Once the underarm seam was stitched I finished the sleeve off with a orange cuff band. 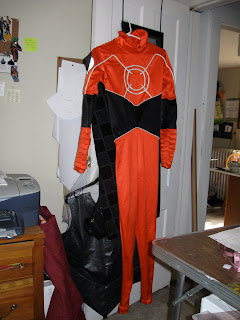 Here is the suit in it's finished state. I unfortunately did not take pictures while making the piped symbol.
: ( 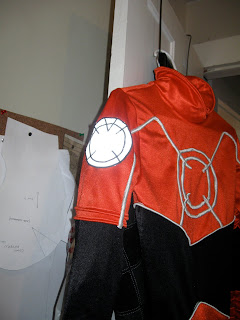 All the silver is piping. 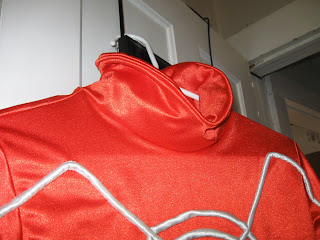 Some features include, a scalloped shaped collar with piping- which I had to make sure was big enough to fit over the bitchin' mask. 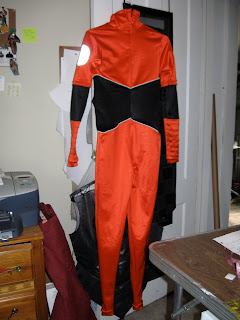 The back features an invisible zipper. 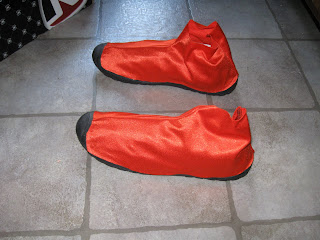 One of my favorite things. Aaron asked for some matching footwear. Generally this is always a challenge with superhero costuming, but men seem to have it harder. Luckily for women there are so many "stripper" boots and shoes on the market, one can always find go-go boots in most any color.
Anyway, I'm getting off topic. Aaron recommended that I go find some aquashoes and glue some matching spandex over it. Ta-da! I like the way they came out. With some proper planning one could even have the "booties" attached directly to the leg of the bodysuit. 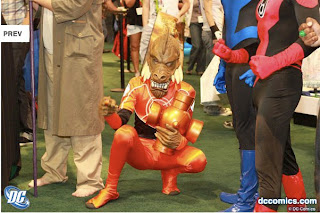 Apparently he was quite a hit in SDCC!
Posted by anigswes at 7:54 PM