Much Ado About Nothing

During July, while getting ready for the NCA and SD Con's, I was contacted by a local theater group to sew some Civil war era jackets. Ha, ha, what a trick, upon my first meeting I was asked to be the costume mistress for the Poultney Summer Theatre Company's production of Much Ado About Nothing. 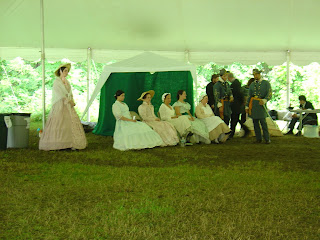 Well, considering that I wasn't busy (that's a big fat joke) I agreed. It was a fairly strange gig- I was scheduled to be out of town twice leading up to the show, and there was like less than 3 weeks to throw everything together.


Since there was no time to make anything I just had to go hunting. Took a trip with our producer Kitty to a barn full of dozens of bats, and stuffed to the gills with costumes. I raided Lorraine's of course, who was a real life-saver because of her glorious range of sizes, as well as generosity.
The other challenge about this production was that the time period of the show had been changed to the Civil War South. We ended up renting the men's uniforms from Charelle's which is near Gettysburg- and they looked great. I felt bad for the actors though, they perfromed in a tent outside, with the bugs and the heat, the men being in wool uniforms- let's just say that the costumes stressed. 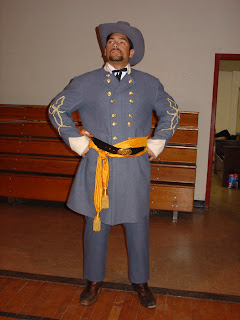 Another enormous help came from one of our actors Heather, a Castleton State College Alum who enabled us to raid the theater's costume shop. 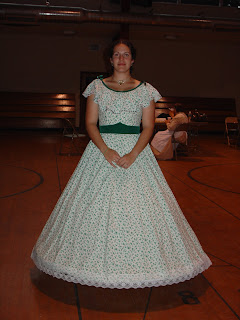 Since we were renting, my main job was to track down the correct costumes and forcing them to fit our actors. Mostly this included shortening ever dress, skirt and petticoat- the actors had two dance numbers and had to do it in these giant hoop skirts, so we did not want anyone falling. Luckily no one did fall, but there was an incident or two of stumbling and tripping on skirts.
Well, overall I think the show was a success, had some good turnouts, and I had fun watching the show. I'm not very familiar with Shakespeare's comedies, and they are definitely a whole other experience than his tragedies. 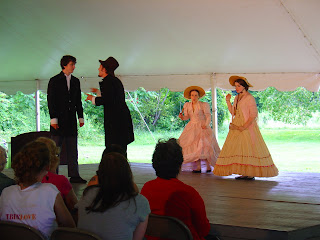 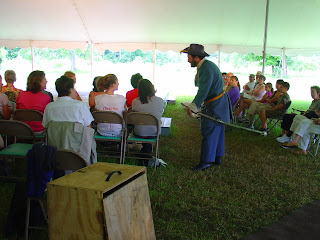 Messin with the audience 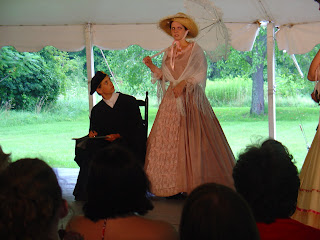 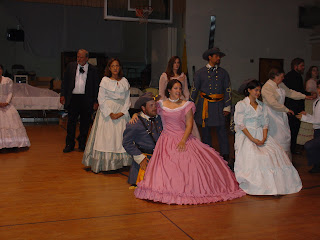 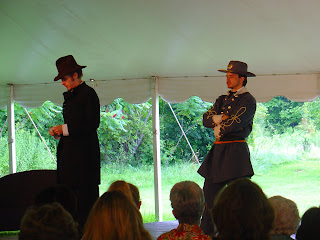 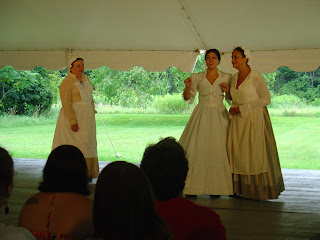 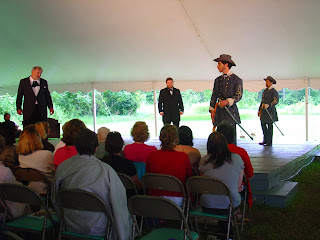 Men being manly- and startin fights 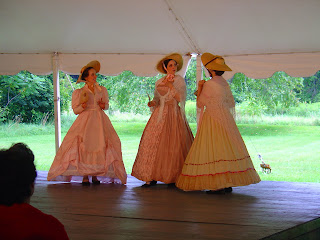 Pink Ladies (orginally to be mens' roles- instead we had a band of wacky pink women!) 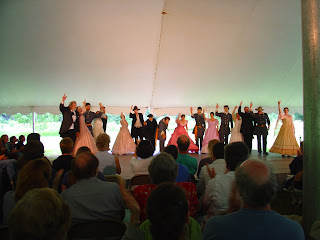 Until next year!
Ah-ha! There is video footage I have just discovered. The play turned out wonderfully, and the videos of the dancing are just amazing. I've posted just the first and last parts to give you a taste. Thanks again to Motion Art Studio for all the footage!